My hands were sweating and I felt the urge to bite my nails again when I exited the apartment door into the unfamiliar hallway and started walking down the stairs to the apartment below. My father guided me down the stairs even though I didn’t need him to. The stairs in my new Brooklyn apartment were manageable. They weren’t concrete or as tall as me, like the ones in Ecuador. Why is he guiding me when I’ve walked down bigger stairs? Stairs that once left me unconscious and bleeding from my head. Stairs that caused the scar at the center of my forehead. These stairs won’t kill me but my heart beating out of my little chest might.

I didn’t know my father that well yet but I started realizing that he was the kind of person that could walk into a room and cause joy and hope on a dreary day. The sight of him made people shout happily and smile wide. When we walked through the door to the apartment downstairs, it was like the party had arrived with the night sky. The party being my father.

“Marquito!” said a woman in the room. She was a force, the grandmother. Older with a youthful smile and a youthful heart. Another party, like my father.

An older man stood behind the kitchen counter with the kindest smile I’d seen since my own abuelo in Ecuador. The force’s husband.

A little girl about my size wore a bata and hid nervously behind her beautiful mother. The little girl was slim with hair already down to her waist.

Her tiny sister stood beside them with a head covered in curls and a brave look on her face. I say brave because I was peeking from behind papi’s back and staring into what felt like a mirror across the room to the girl in the bata peeking from behind her mother.

“This is Betsy. You’re going to be staying with her and her girls after school some days,” my Papi explained.

I peeked my head out from behind him just enough for him to hear me whisper, “Pepsi?”

In Ecuador the apartment downstairs belonged to my Tio Jaime and my cousins who I wouldn’t see again until I was 18. I didn’t know it would take that long. Nobody knew how long it would take me to correctly pronounce Betsy’s name either despite her attempts to practice English with me every time she took care of me. It took me a while to call her by her actual name but not too long before I felt like the people downstairs were just like my family in Ecuador. Warm, giving and present.

They spoke Spanish just like me even though it sounded different. I even picked up some their dialect and spoke to my grandmother upstairs using words she did not always understand.

There is music, dancing and the aroma of Puerto Rican and Dominican seasoning on an American ass turkey. Crystal and Zandaly and I are swaying and dancing in their aunt’s kitchen to 90s hits, each with a glass of red wine in our hand. Crystal has been holding on to the same glass most of the night and Zandaly and I are probably on like our fifth.

Betsy turns to papi with a huge smile on her face and says “Quien iva a saber que estas nenas se ivan a querer tanto?”

Papi looks at us and says, “That was the best decision I ever made.”

We look at our parents like they’re being madd sentimental and shit. We don’t say anything and keep dancing. But, we know it’s true.

When my dad walked me down those unfamiliar Brooklyn stairs, I had no idea he was leading me to a lifelong sisterhood, to the women who would call me out on my worst and celebrate me at my best. 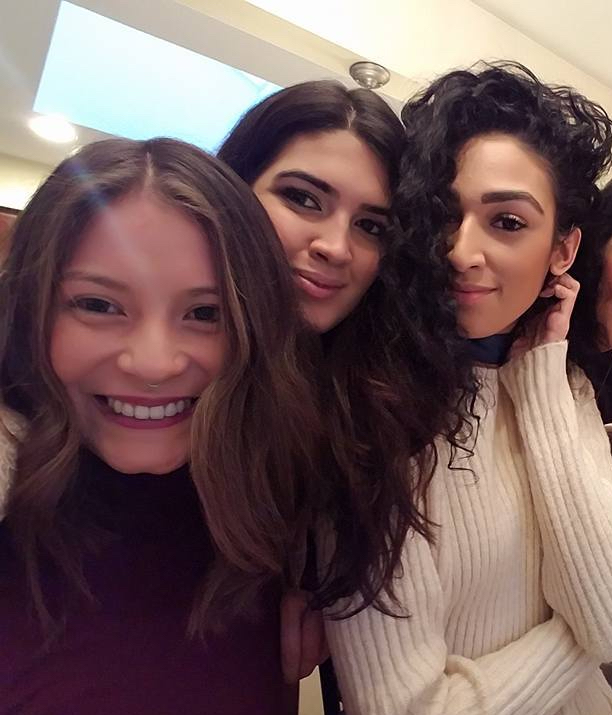 I love memoirs. Reading and writing them. What I’ve written here is not all accurate or fact-checked. It is based off my memories as a child. Some details are exactly as I remember them while others are probably just results of my imagination. They are memories blended between different events in my life. Nevertheless, I hope you enjoy this and are inspired to dig into a memory that has shaped who you are, a memory you love.

This is a text widget, which allows you to add text or HTML to your sidebar. You can use them to display text, links, images, HTML, or a combination of these. Edit them in the Widget section of the Customizer.